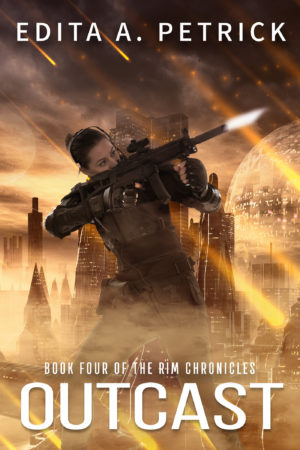 Ages-old galactic conflict could be resolved with a new weapon…but at what cost?

Kitaya is a foundling. Her savage name makes her an outcast. History full of tales of enemy spies inserted into the ranks of humans as clones, is a padlock on her rightful place in the ranks of the DeWynter aristocracy. She is alternately feared and scorned, depending on what relative crosses her path. She backs away from every conflict before it even starts to heat up. Retreat makes her invisible. It’s precisely what Karin told her to do in order to safeguard her future…and that of every living creature in the galaxy.

But there is one conflict that rises in their path that neither Karin nor Kitaya can ignore.