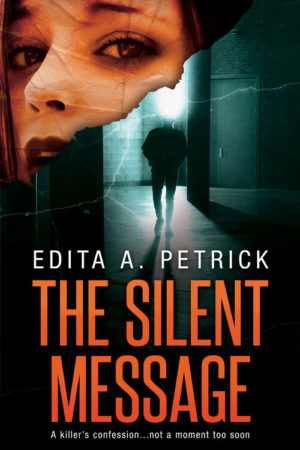 No amount of therapy is going erase that horrible day from Marie’s mind when her mother took her sister’s hand and turned her back on her youngest child. The newspapers wrote that it was a boating accident. The wife of the man who ran the Crozier diamond exchange, lost control of the speedboat…or something equally face-saving. Marie never believed that. But she kept her beliefs private and hidden from her tyrannical father. She grew up, desperately clinging to anonymity of a child that was neither parent’s favorite.

She thought she finally left the Crozier diamond empire behind when she got a job in a museum as part of her doctorate degree program. Semblance of normal life was within reach. Then Marie receives a shocking letter from someone, confessing to a murder that happened nearly eighty years ago. To go to the police, means allowing the harsh realities of her past to rise once again. But she not only knows but feels that the letter is not a hoax. She contacts the police.

Just as she expected, at first the letters are written off by police as a hoax, a cry for attention from a young woman with a troubled past. A spoiled heiress trying to draw attention to herself by any means available. Marie knows that trying to convince them that the opposite is true, is not going to work.

However, when Marie receives a second letter and her colleague Benny is found impaled on an exhibit in the museum where they both work, Detective Rob Ingram and his partner Lina are forced to take it more seriously.