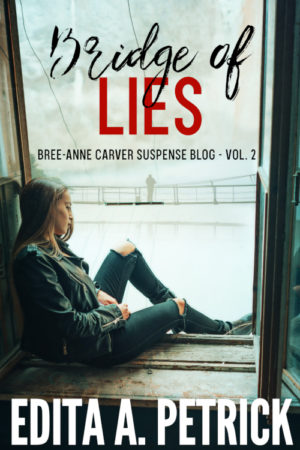 Accidental death turns into murder for a reporter in a small Idaho town where finding the truth could turn her into a murder.

Bree-Anne Carver thought it would be a dream job working for the New York Times. But she finds herself installed at a satellite office in rural Idaho assigned to write a blog on fictional and entertaining interactive murders, playfully writing Murders-of-the-Week. She has two years to get one million subscribers. With not much else to draw on, she starts to look into local crimes by the direction of one of her cyber-stalker fans, Wrong Question. Looking into the accidental death of Cody Blaine starts to lead her in dangerous directions.

The good-looking Ben Doublinth has the clout and connections to get her sprung from jail and to help her with the charges against her for the murdered floater. The actions are a clear warning to stop investigating the accidental death. Bree-Anne can’t be deterred. Will her reporter instincts lead her further down the rabbit hole of deceit? Is it a trap? Will the fictional murder turn real?