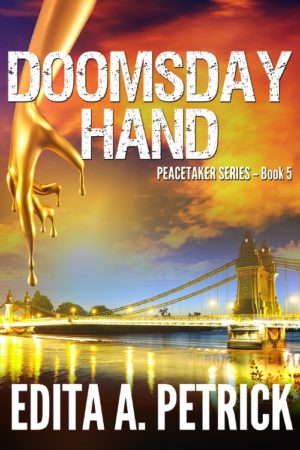 Less than three months into Stella’s one year guest professorship in London, her husband, the retired FBI consultant, Timothy Carter, runs into an old friend while catching a taxi. It’s raining and both parties are late for their respective appointments. They make a lunch date for the next day but that meeting never happens because mere hours after meeting his friend Gregory Semple, Carter discovers he’s been murdered at the British Museum.

The police question Carter but other than his chance running into Greg, he can’t shed any light on who’d want to kill Gregory Semple.

A few days later Carter receives a package with a mysterious black-hand-imprinted parchment, addressed to him, from his now-deceased friend. Impulsively and thinking it a joke, Carter measures his own palm against the black imprint and suddenly, unknown to him, a clock somewhere started ticking a countdown to doomsday.

As Carter attempts to figure out the importance of the strange parchment, he is thrust into a truth-is-stranger-than-fiction mess involving a billionaire’s child bride and European supermodel, a Scotland Yard Inspector, an eccentric academic, various thugs and his deceased friend’s adopted child. From the streets of London to the coast of Spain, Carter and Stella must find a way to abolish a ‘curse-disguised-as-a-gift’ that no one believed existed – until now. This time, it’s Carter’s life that is on the line because, as Stella puts it to him succinctly, 99% of humanity on Earth would kill to possess that which Carter now has—as a result of the curse and his impulsive nature.

Other Books in the "The Peacetaker Series" series 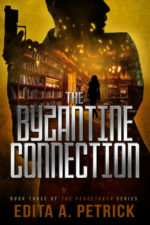 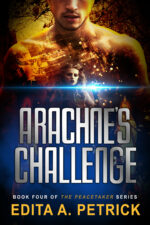 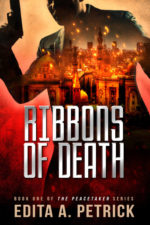 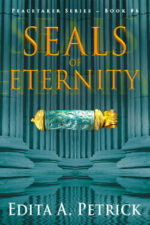 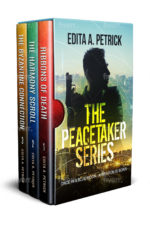