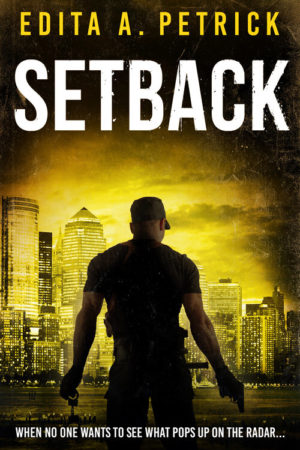 She dies…and only then are her beliefs put to the test….

He is an assassin with a perfect record.

The CIA had barely idea he existed. The FBI had no idea. It’s how he was able to do his job in the US…and not get caught.

It cost a brilliant young scientist her life. To catch the nearly-myth assassin, the two security agencies are forced into an uneasy cooperation.

Ted Bester and Rick Brannigan, their respective agents, start asking questions within the intelligence community, about who is this shadowy individual. But what they should be asking is what is the one thing connecting a brilliant young scientist, two agencies, and an assassin…and can this deadly connection be broken before it’s too late?

Setback is a fast-paced action-adventure thriller with paranormal elements that will take you on a journey like no other. Join Amelia, Ted, and Rick – and try to survive the ruthless killer determined to fix his one and only career mistake!