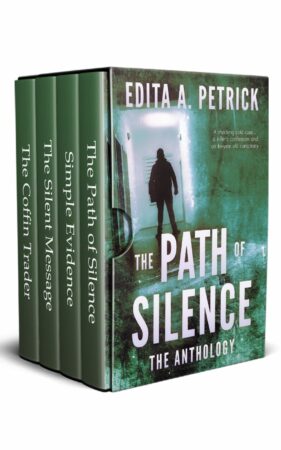 The Path of Silence

Meg Stanton rides a desk in the cold case unit with the Baltimore PD. Her day starts like any other—with parent-child struggles, a dire need for a large coffee and a partner who is a conglomerate of neuroses. However, it ends like no other day…with a dead body on the hood of her partner’s car that signals a beginning of a strange journey of self-destructing bodies, all fitted with pacemakers that make them vulnerable to the killer.

Twenty years later, her kidnapper is still after her memories….

It’s a killer’s confession. The message is old. It rings true and improbable at once.