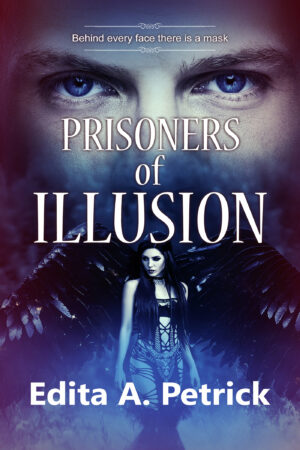 The Prisoners of Illusion

Dr. Ambrosia Severn is dead to the world into which she was born…but very much alive among the people whose ancestors came down from the stars. The man who swore to protect her, now must expand that protection to their two children.

It’s not easy to sail a cloaked artificial island the size of Cyprus in the Pacific such as to avoid regular shipping routes. The descendants of the Avendar galactic explorers, stranded on Earth, have done it for eight thousand years. Amy is grateful to them for offering her refuge when she most needed it, but she also thinks they’ve been hiding their homeland long enough. Especially now, when Niven’s two sons keep her busy, she doesn’t want them to grow up in the isolation of the elite island society. However, there is a difference between a measured exposure of the Island, and ripping off its cloaking screen. But that’s precisely what Persis, the ruthless siren wants to do—and in the process destroy the world that’s hosted her ancestors.

Other Books in the "Masters of Illusion" series 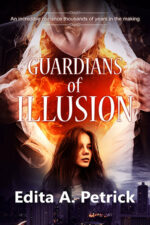 The Guardians of Illusion 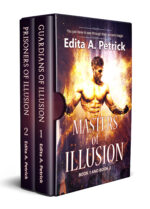 The Masters of Illusion – boxset