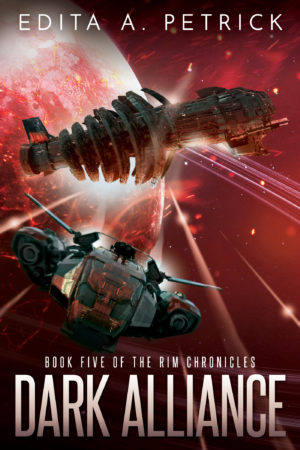 One giant conflict. One traitor to light the fuse. And one tiny ship to stop it all….

For the past five years, Kitaya DeWynter has been a virtual prisoner on her mother’s home world, Bollidor. Very little human contact was permitted. Although she was enrolled in a fleet academy, she had never set a foot in classroom. Her battle skills were polished in a simulator. Her friends were holograms. Her graduation was a distance-learning affair. Her friend Karin is the only one who understands the need to escape and sail out there among the stars. She secures an assignment for both of them.

As first assignments go, it is mundane…or so it seems. They are to be part of a taskforce that will provide escort to a drone convoy carrying supplies for worlds that lie on the other side of the Neutral Zone—in the enemy’s backyard.

It is billed as the greatest humanitarian effort of the century.

In reality, it’s a test and a trap—and they both know it.